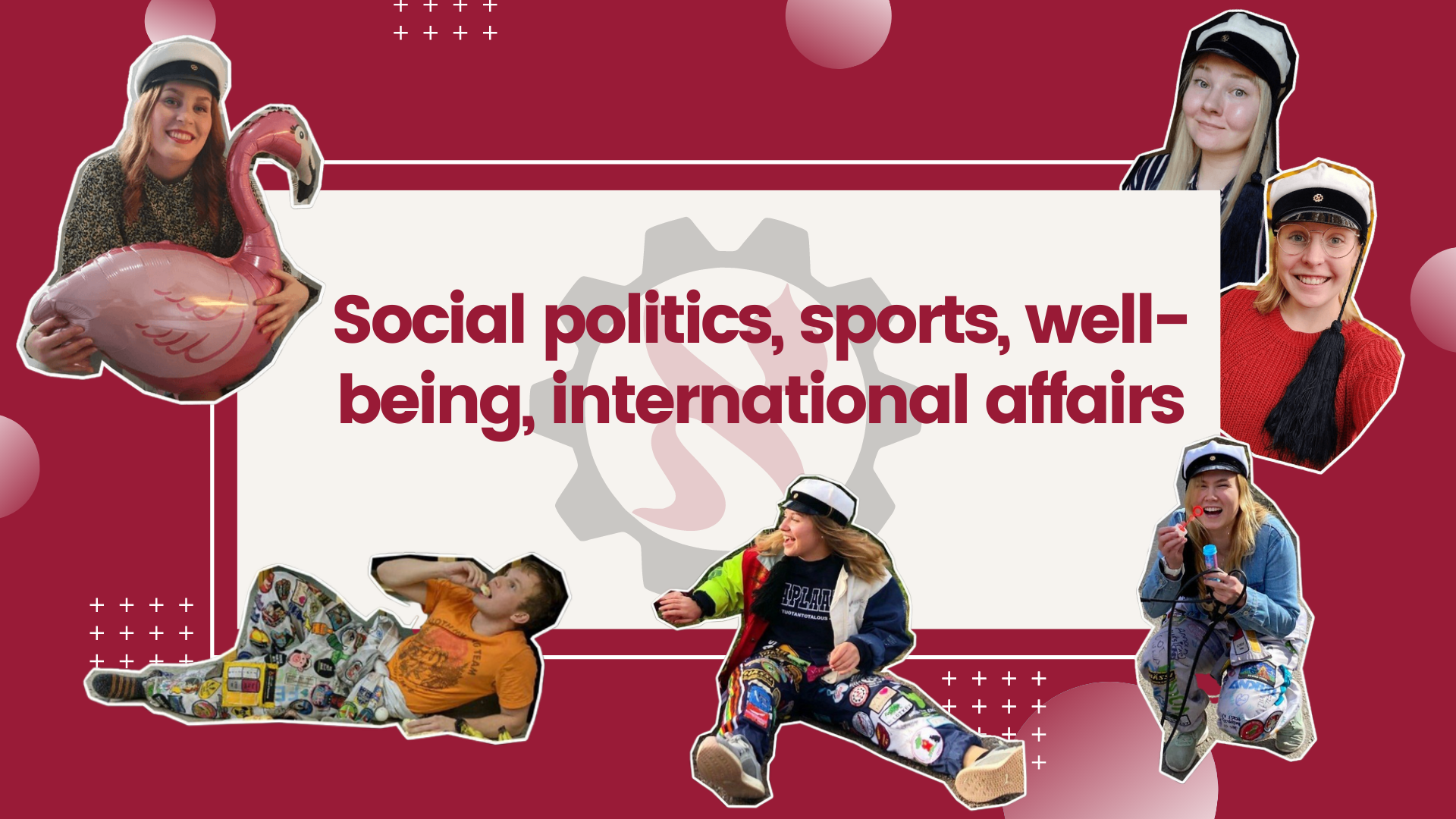 The year on LTKY’s board is soon over and a lot that has happened during the year. When I was elected to the board in December, I frankly had any idea of what these roles I was looking for even included or how I would like to develop things during my year. Of course, three years on the guild board had already trained me how to work in a student organization, but when it comes to LTKY more important thing was the enthusiasm and confidence that I was interested in these things and that I wanted to develop them. I then started working and before I even noticed I was sitting in all kinds of meetings, seminars or webinars telling how students are doing and advocating for students’ interests in with my best knowledge.

During the year I have get familiar with both local actors from MOVEO and FSHS, study psychologists, campus priests and, of course, the guild’s sports managers, the student union KOE and people from LUT. At the national level, I have met actors for example, from the Finnish Student Sports Federation OLL and the National Union of University Students in Finland SYL. Mainly my weeks have consisted of cooperation with these parties, sometimes in a more relaxed coffee moments and sometimes with more significant discussions. Because all partners are pushing for the same thing, the well-being of the students, there usually is little need to argue about common goals and the importance of things or to fight through one’s own opinion. Meetings are more likely about brainstorming and finding best practices and how to achieve goals so that that the result benefits everyone. Throughout the year, every meeting has been more or less a remote meeting but at the end of the year, the occasional corridor meetings has also happened which have been very nice. I believe that next year the next social politics manager will be able to meet people and travel around Finland.

Traditional sports and well-being events include the well-being weeks twice a year, which I co-organized with KOE. The remote implementation in spring was a bit nervous, but in the autumn it was already close to the week that I myself am used to participating in. The best part is that you can use your own thinking when designing the program. Rationalizing the weeks, planning the program with different parties and pulling everything together could be very hectic sometimes, but good organizational skills are helpful here. The use of time and its planning, at least from my point of view, is a very essential part of student union work. When driving students’ well-being, it is also important to remember to take care of your own everyday coping, but tips for that cannot be avoided as a social politics manager. If I have learned anything, then at least wellness education has become acquired this year.

So what else has been achieved? With the project funding granted by the Ministry of Education and Culture, students have been offered first aid training courses in mental health, sports experiments and we also got our own hobby coordinator. Sports tutoring has been taken forward and the renewed tutoring model will be launched at the beginning of next year. Study psychology cooperation has been developed and distance learning sessions have been arranged for students. The FSHS and KELA reform has also been closely monitored and reported.

How about international affairs? International LTKY and Student Culture is something that is moving forward fast. There is more to do and opportunities in this regard than there is time to actually do things, but much has already been done and taken forward this year. With the new international bachelor programs, which started in both Lappeenranta and Lahti in the autumn, the situation is even more interesting and opens many new doors. This year, the International Committee was transferred under the board, consisting of the international affairs managers of the guilds. I have met them regularly and we have discussed about our international students interests. Although not much could not have been made in practise because of corona and events have been arranged less, notes are bursting with good material for the next season. I would say LTKY is looking for a person who is enthusiastic about such a cultural change that the student culture needs. Even the use of fluent English should not be stressed too much. 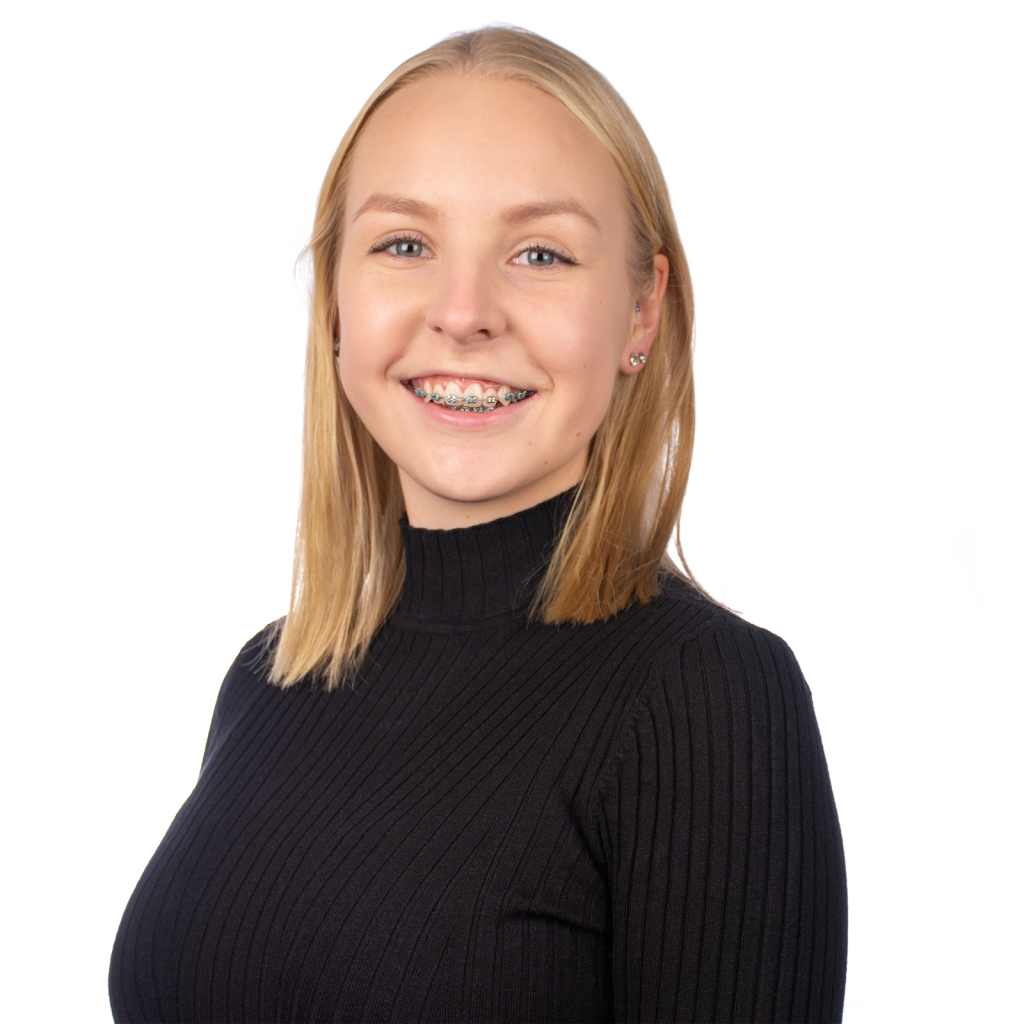 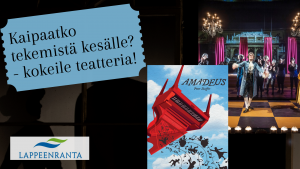 Do you want to do things in summer in Lappeenranta? Go to the theater at an affordable student price! I myself have had cultural experiences 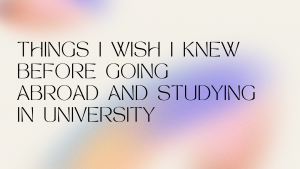